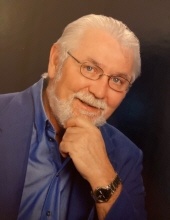 Alan Case McVicker, Sr. 71, of Goose Creek, husband to Veronica McVicker (Matthews) of 51 years, entered into eternal rest on Thursday, October 1, 2020, while at home.  Born on June 3, 1949 in Pittsburgh, Pennsylvania,  Alan was a son of the late John McVicker and Mary Elizabeth (McElhany) McVicker.  Alan, was a  Registered Nurse of 25 years in the Cardiovascular Operating Room at Roper Hospital in Charleston, South Carolina. He retired from that position in 2015. Alan was a Life Member of the McDonald Volunteer Fire Department in McDonald, Pennsylvania. He enjoyed Hunting Trips with his son's at Fireman's Camp in Tionesta, Pennsylvania, was an avid golfer, enjoyed NASCAR races with his daughter, and was a  devoted Pittsburgh Steeler Fan.

The family will receive friends on Monday, October 5, 2020 at McAlister-Smith Funeral Home at 869 St. James Avenue in Goose Creek, South Carolina from 6 pm-8pm.  The service will be held at Immaculate Conception Roman Catholic Church on St. James Ave, Goose Creek, South Carolina at 11am on October 6, 2020. The burial will be held at Plantation Gardens following Mass.