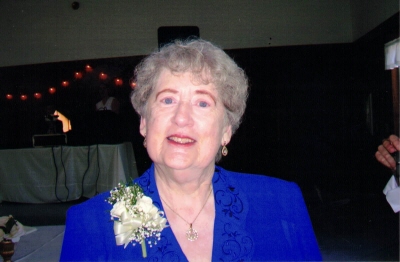 Alice S. Lingenfelter, 87, of James Island, SC entered the church triumphant on November 15th, 2020 after passing peacefully in her sleep at home. She was born January 1933 in Chippewa Falls, Wisconsin to parents August and Sigrid Sommerfeld. Alice was a graduate of The Citadel, earning a Master of Arts in Teaching in 1972. She taught countless children in her many years of teaching, from Nativity Catholic School, Hunley Park Elementary, Harborview Middle, before finishing her career and retiring from Fort Johnson Middle School. She was a passionate educator who genuinely enjoyed her work and was loved by her students. She was an active member of Martin Luther Lutheran Church of James Island where she was a member of the choir, performed in the handbell choir, and led a fun and memorable Bible study class each week. She was known to her family as "Pachoo", a name given to her by her grandson which lovingly followed her the rest of her life.

The family will receive all those who wish to join on Saturday, November 21st from 12 PM - 2 PM at McAlister-Smith Funeral Home on James Island (347 Folly Road, Charleston, SC 29412) for a visitation memorial. The funeral will be private at a later date.

Flowers are welcomed to be sent or, if you prefer to send a memorial in her name, please send it to:

To order memorial trees or send flowers to the family in memory of Alice Lingenfelter, please visit our flower store.