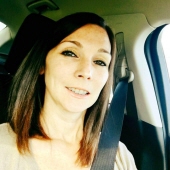 Allison Elizabeth Muckelvaney, 34, of Summerville, passed away Saturday July 16, 2016. Born in Stoneham, Massachusetts, on November 1, 1981, she was the daughter of Edward Butler and Enita Marsh. Allison's family moved here when she was 8 years old. She graduated from Stratford High School in 1999. Allison worked for T-Mobile for 12 years; her most recent position was Resource Planning Coordinator. Her T-Mobile family has endearingly stated that she was the best Team Leader. However, her true love was her 12 year old daughter Payton. She also enjoyed going to the beach, Miller Lite, and her New England Patriots. Allison is survived by her daughter, Payton; significant other, Sean Noel; father, Edward Butler (Carol) of Moncks Corner; mother, Enita 'Penny' Marsh of Moncks Corner; sisters, Rachel Cosby and Elisha Butler, both of Summerville. She is also survived by her extended family and many close friends. A visitation will be held Friday, July 22, 2016 from 6:00 p.m. until 8:00 p.m. at MCALISTER-SMITH FUNERAL HOME, GOOSE CREEK CHAPEL. Funeral service will be held Saturday, July 23, 2016 at 11:00 a.m. in the funeral home. Burial will follow at Plantation Memorial Gardens, Moncks Corner. In lieu of flowers, donations may be made to the Allison Muckelvaney Memorial Fund at any South Carolina Federal Credit Union. Expressions of sympathy may be viewed or submitted to www.mcalister-smith.com
To order memorial trees or send flowers to the family in memory of Allison Elizabeth Muckelvaney, please visit our flower store.