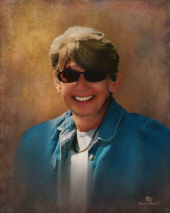 Anny Gentilin, 79, [nÃ©e Anny Louise Jungblut] a native of Luxembourg and a retired antiques dealer, died peacefully at her home in Charleston, SC, Thursday, surrounded by her family. She was born May 9, 1937. Anny studied in Belgium at Convent SacrÃ© Coeur before immigrating to the United States in 1952. In recent weeks Anny recalled fondly her interactions with U.S. soldiers who liberated her country during WWII. Anny learned English watching American Bandstand and singing songs from that show and her country music favorite, Patsy Cline. She studied English in a special class for non-English speaking students many of whom were children of United Nations delegates. She graduated from Forest Hills [NY] High School. As a teenager, she met her future husband, Ronald, at a high school dance hosted by Church of the Gardens in Forest Hills. They married in that church four years later, on Sept. 8, 1956. They would have been married 60 years on Sept. 8. Anny studied design in New York where she developed a passion for antiques. She owned antique businesses in Westchester, NY, and managed several antique centers in Charleston. She is survived by her husband, Ronald Gentilin, a retired publishing executive and U.S. Navy veteran, of Charleston; three children, Lora Lyons Thibault of Litchfield, CT, Glenn Gentilin of Crompond, NY and Craig Gentilin of Charleston and their spouses; six grandchildren; and a brother, Henri Youngblood, of Lovettsville, Va. A Celebration of Life service will be held at 2 PM on Sunday, August 28, 2016 at McAlister-Smith Funeral Home, James Island Chapel. In lieu of flowers, donations may be made to Lutheran Hospice, 1885 Rifle Range Rd #46, Mt Pleasant, SC 29464. Condolences may be viewed or submitted at www.McAlister-Smith.com Arrangements were entrusted McALISTER-SMITH FUNERAL HOME, JAMES ISLAND CHAPEL, 347 Folly Road, Charleston, SC 29412, Phone: 843-614-8494.
To order memorial trees or send flowers to the family in memory of Anny Louise Gentilin (Jungblut), please visit our flower store.