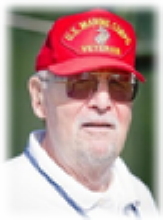 Anthony 'Tony' J. Forlano Sr., 74, of Mt. Pleasant, SC entered into eternal rest on Saturday, December 13, 2014. Tony was born June 20, 1940 in Manhattan, NY to the late Mrs. Angelina Forlano and the late Mr. Enrico P Forlano. Tony graduated from Columbia University in 1962 and was commissioned in the United States Marine Corps; He served honorably during the Vietnam Conflict. He always was and is to the moment he died, a proud patriot and fiercely proud Marine officer. He entered civilian life after earning his degree in Hotel and Hospitality Management from Cornell University and continued in that industry for the majority of his professional career. He is also an ordained brother in the Grey Robes Monks of the Order of St. Benedict. He is survived by his loving wife of twelve years, Leslie Graham Forlano, his son, Anthony J. (Mary) Forlano Jr., of Summerville, SC; his daugher, Danielle Forlano (Doug) Galluccio, of Summerville, SC; one sister; Diane C. Forlano, of Long Island, NY, four beloved grandchildren; Genevieve, Emma, Adelaide and Nicholas, and many cousins. A memorial service will be held at Christ Church, 2304 North Highway 17, Mount Pleasant, SC 29466 on Thursday, December 18th, 2014 at 3:00 pm with a reception to follow in the church hall. A military memorial service is being planned on the USS Yorktown to be held in January 2015. Memorial donations may be made in his honor to Wounded Warriors, www.woundedwarriorsproject.org or Water Missions International, 1605, 1150 Kinzer Street, North Charleston, SC 29405. Expressions of sympathy may be viewed or submitted online at www.McAlister-Smith.com . Arrangements have been entrusted to McALISTER-SMITH FUNERAL HOME, MT PLEASANT CHAPEL, 1520 RIFLE RANGE ROAD, MT PLEASANT, SC (843) 884-3833.
To order memorial trees or send flowers to the family in memory of Anthony John Forlano Sr., please visit our flower store.