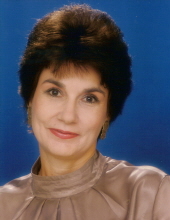 Barbara Johnson Weeks, 82, of Charleston, SC passed away December 1, 2018. She was born in Miami, Florida on September 1, 1936. Her father was a salesman for Birds Eye Foods, and traveled a lot. Barbara attended Catholic Schools until she was 10; when she moved to a Catholic Boarding School. They moved to Savannah and that is where she met Guy Weeks, the man she married and raised a family with.
Guy’s work with the YMCA took them to Augusta, Georgia, then to Florida. Life in the middle of the growing Disney Empire provided opportunities for many an adventure, and they took advantage of them all. They spent the mid 1960s in Titusville, FL living in the heart of the Space Program. Cocktail parties and white glove receptions were the life she loved. It was Camelot, and she flourished.
Their daughter Lisa was born in August of 1960, and Barbara raised her to appreciate the Camelot lifestyle. Lisa preferred the swimming pool and running track; but she humored her Mother and went to the receptions with a smile. Their son Robbie was born in September 1963, and his preferences also leaned towards sports. Barbara and Guy spent many days attending swim meets, track and field events, and soccer games. The YMCA brought the family to Charleston next. Lisa started her sophomore year at James Island High School with more track and field events. Robbie became a soccer fanatic, and it has stuck with him even now. Barbara dedicated herself to making a home where her family could thrive, and they did.

Barbara returned to the work force after the kids moved on to college. She joined the Administrative Staff for the Dental School at MUSC, and stayed there until she retired. She spent her retirement years visiting her friends and family. Having Sue Trainum as a close neighbor meant she was never bored. She was a great lady, and will be missed dearly.

Expressions of sympathy may be viewed or submitted online at www.mcalister-smith.com. Arrangements have been entrusted to McAlister-Smith Funeral Home, James Island , 347 Folly Road, Charleston, SC 29412, 843-614-8494.
To order memorial trees or send flowers to the family in memory of Barbara Johnson Weeks, please visit our flower store.