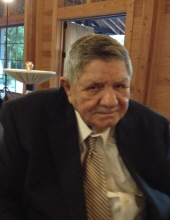 Born on January 30, 1933 in Charleston, SC, Wilson was a son of the late, Lawrence Marion Strock, Sr. and Janie (Beard) Strock.  Wilson grew up on St. Phillip Street in Charleston, he served his country honorably in the United States Air Force, he worked for many years as a Sheet Metal Worker in the Charleston Naval Yard where he achieved awards for production, productivity and innovation and also for the Charleston Sheet Metal Company where he later took on the project of installing the steeple in the church where he was a founding member, the Fort Johnson Baptist Church on James Island. Wilson will be remembered for his loved of Food, his strong core values and his love of softball where he was known for his pitching. He played for a City of Charleston League as well as for the Fort Johnson Baptist Church.

A gathering of Wilson's family and friends will be at 10:00 A.M. Friday, December 4, 2020 at the Fort Johnson Baptist Church, 1473 Camp Road, James Island, SC 29412. Services will be at 11:00 A.M. Friday at the Church. (There will also be services for Wilson's Niece, Linda Strock Wiegert held at the same time) Rite of Committal and Interment will follow services where he will be laid to rest next to his wife in Live Oak Memorial Gardens in Charleston.

For those who desire memorial donations, please make a donation in memory of Wilson to the Fort Johnson Baptist Church, 1473 Camp Road, James Island, SC 29412

Expressions of sympathy may be viewed or submitted online at www.mcalister-smith.com .