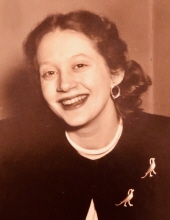 She was born in Edna, Kansas on March 9, 1926. Her parents were Clyde Thomas Cunningham and May Evans-Lombe Cunningham.

Bev grew up in Edna, a small town near Coffeyville, Kansas and the Oklahoma border. She earned an associates degree from Coffeyville Junior College in 1945. Later that year, at a USO dance she met Army Air Corp Major Charles Murrow Benbow who had been recuperating at the Air Base Hospital. After their marriage and the birth of their son Andy, they moved to Charlie's home town of Oak Ridge, NC. Charlie and Bev continued to live in Oak Ridge where they raised their son and daughter Courtenay. Charlie worked in the tobacco business and Bev was a homemaker.

Bev enjoyed collecting and restoring furniture. She and Charlie especially liked to visit antique shops and auctions. Their home in Oak Ridge reflected Bev's talent for spotting a hidden treasures and her flair for design. After Charlie retired, they liked to spend time traveling and visiting children and grandchildren in France, Japan, and Singapore.

Bev never lost her love of books, crossword puzzles and language. She was able to solve the N.Y. Times Wednesday Puzzle up until just a few months ago. She would have pointed out that Wednesday is more difficult than both Monday and Tuesday but not as hard as Thursday.

Charlie died in 1990 and Bev left Oak Ridge and lived first near Courtenay and her son-in-law, Jim Harton in New Jersey and later near Andy and his wife, Anne in Mt. Pleasant, South Carolina.

Bev will be buried at the Oak Ridge Methodist Church Cemetery in Oak Ridge, NC next to Charlie and near her parents. Family and friends will gather at the graveside on Wednesday, April 24 at 11:00 a.m..

The family would like to thank all the caregivers that were so kind to her in her last days.
To order memorial trees or send flowers to the family in memory of Beverly Cunningham Benbow, please visit our flower store.