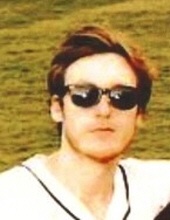 Brendan Patrick Belloise, age 25, passed from this life unexpectedly on Thursday, December 10, 2020.  Brendan was a loving son to Robert and Sheila Gilmore Belloise, Charleston, SC and was a loyal younger brother to Nicholas Belloise, Savannah, GA.

He was preceded in death by his grandparents, Edward “Frank” and Elizabeth “Betty” Gilmore, Brockton, MA and Robert Belloise, Sr. and Barbara Belloise King.

Brendan was born in Boynton Beach, FL on July 22, 1995.  The family relocated to Greensboro, NC in 2006.  He attended Northwest Guilford High School, graduating in 2013.  He also attended UNC-Greensboro and Cape Fear Community College.

Brendan loved spending time with his friends, participating in sports and being on his skateboard.  He was a member of the GBC and Proehlific Park travel baseball leagues, playing pitcher and catcher positions.  He was also part of the NW Guilford High School Swim Team and participated in Lacrosse.  Known for his wit and charm, Brendan was voted “Funniest” at Northwest Guilford High School in 2009.  Brendan was a talented, professional photographer and had worked with Tumbleston Photography, leading photo shoots for sporting events and weddings.  He had a certain sense of style and “rocked” his fashionable clothes and sunglasses.  He had a soft place in his heart for his four legged family members, especially his black lab mix, Brady.  Brendan also loved to eat and was especially fond of his Grammy Belloise’s Italian gravy, his dad’s Cuban sandwiches and his mom’s New England clam dip...oh, and Cheetos.  He was also quite proud of his Irish heritage, brandishing a Celtic clover tattoo and a tattoo citing that famous Irish saying, “Luck of the Irish.”

Brendan was courageous, fearless and often looked out for others.  The memory of his bright, infectious smile and his genuine compassion for others, will never be forgotten. He leaves behind a large and loving Irish family and many lifelong friends.  As one close friend described him, “Brendan loved those close to him and he truly meant it...there was no faking with him.”  His family will forever feel the loss and emptiness of his absence.

Due to current restrictions on service attendance, there will be a celebration of life service at a later date.  Condolences for the family may be left online at www.McAllister-Smith.com.  In lieu of flowers, the family requests memorial donations be made to Low Country Food Bank @ lowcountryfoodbank.org or to Charleston Recovery Center @ charlestonrecoverycenter.com.
To order memorial trees or send flowers to the family in memory of Brendan Patrick Belloise, please visit our flower store.