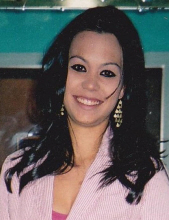 A service will be held at McAlister-Smith Funeral & Cremation West Ashley at 2501 Bees Ferry Road at 11:00 am Saturday September 12th.

Caroline was born in Columbia, SC on July 24, 1980. She attended school in Columbia and danced with the Columbia Ballet Company from the age of 3 and performed in Piccolo Spoleto before moving to Charleston in 1994. She attended James Island High School, was a cheerleader, and danced with Robert Ivey Ballet. She was awarded a dance scholarship to University of South Carolina Aiken and afterwards went to the British Virgin Islands where she started her bar tending career. She then moved to Ft. Lauderdale continuing her mixology education tending bar and got her bachelor’s degree in marketing from Broward College. In 2005 she started working at Voodoo Tiki Bar in Avondale where she became a force in the Food & Beverage scene in Charleston. This is where she earned her well deserved reputation as one of the most hospitable and capable people in the industry in Charleston.

She also was a tireless volunteer with Charleston Dance Center, where her daughter performs, always available to give her time for whatever was needed. She was a wonderful mother to her daughter, supporting her dance activities but requiring academic excellence. Caroline was the person in any gathering who lit up the room with her vivacious, gregarious personality, always making sure that everyone felt included, welcome, and special. She planted thousands of seeds of good will over the years and as a result will be sorely missed by many.

She was predeceased by her brother, Jonathan Smith and father, Edward Smith.

In lieu of flowers, donations to Addison Adams c/o Bank of America would be gratefully appreciated.

Expressions of sympathy may be viewed or submitted onine at www.mcalister-smith.com.