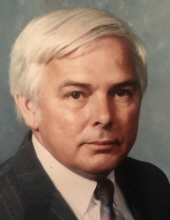 Carroll Edward Alexander, 76, of James Island, S.C. passed away on Tuesday, August 27th, 2019. He was born on January 26, 1943 in Moncks Corner, S.C., son of Dora Driggers and Edward Alexander.
He is survived by his wife, Jackie Alexander of James Island, SC; two sons, Lester Alexander (Cheryl) of Summerville, S.C., Danny Alexander (Laura) of Hollywood, S.C. and his favorite daughter, Kathy Alexander Perales (Alex). His six grandchildren: Chelsea Deans (Eddie), Matthew Newman, Ariel Pendroy (Luke), Bethany Alexander, Maria Alexander, Laura Newman; and one great-granddaughter Emma-Kate Alexander. Carroll leaves behind his beloved brother Akron Alexander (Sarah) and beautiful sister Sandra Alexander Hearn (George). Along with many beautiful nieces and nephews. This loss will be felt deeply by all whose lives he touched in his 76 years.
Carroll was a dedicated son, brother, husband, father and grandfather. There was nothing he wouldn’t do for his family. Carroll spent much of his free time on the creeks of James Island. He enjoyed fishing, crabbing and treasure hunting through the Saturday morning garage sales. He always had anything you could imagine needing and was especially attentive to items he felt you could use. Carroll was a quiet man, always deep in thought with a childish grin that quietly revealed his pleasure when he shared a quick-witted piece of information.
The family will receive friends on Friday, August 30th, 2019 from 6:00PM to 8:00PM at McAlister-Smith Funeral Home, James Island.
Services will be held at 2:00PM on August 31, 2019 at New Beginnings Community Church, 849 Fort Johnson Road, Charleston, S.C. The burial will be immediately following at Holy Cross Cemetery, Fort Johnson Road, Charleston, S.C.
Expressions of sympathy may be viewed or submitted online at www.mcalister-smith.com.
Arrangements have been entrusted to McAlister-Smith Funeral Home, James Island, 347 Folly Road, Charleston, S.C. 29412, (843) 614-8494.
To order memorial trees or send flowers to the family in memory of Carroll Edward Alexander, please visit our flower store.