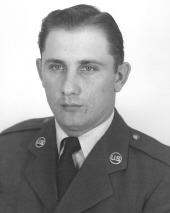 Charles E. Fields, 85, of Goose Creek, died April 3, 2015. Born in Youngstown, OH, he was the son of the late Charles A. Fields and Pauline Hilve Anderson and husband to Margaret Fields. He graduated from high school in Ohio and received his associate degree in Mechanical Engineering from Trident Technical College. Charlie served his country in the United States Air Force for thirty years, retiring as a Chief Master Sergeant. He was awarded the Bronze Star during Vietnam. Mr. Fields was a member of the Veterans of Foreign Wars, the American Legion and Berkeley Country Club. Charlie was a Mason, Shriner and 32nd Degree Scottish Rite. He is survived by his wife, Margaret Field; son, Charles E. Fields, Jr. of Summerville; brother, Howard Fields of Brandon, FL. Graveside service with military honors will be held, Wednesday, April 8, 2015 at 2:30 p.m. in Plantation Memorial Gardens, Moncks Corner. The family will receive friends prior to service from 1:00 until 2:00 p.m. in MCALISTER-SMITH FUNERAL HOME, GOOSE CREEK CHAPEL. In lieu of flowers, donation can be made to the Hospice of Charleston Foundation, 676 Wando Park Blvd, Mount Pleasant, SC 29464. Expressions of sympathy can be submitted or viewed online at www.mcalister-smith.com.
To order memorial trees or send flowers to the family in memory of Charles Edward Fields, please visit our flower store.