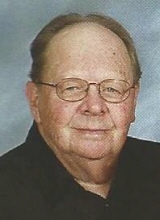 Charleston â€“ Charles McKenneth â€œKennyâ€ Croft, 71, of Johns Island, passed away Wednesday, September 17, 2014 at Hospice of Charleston. Kenny was born in Charleston, SC on October 12, 1942 to the late Charles G. Croft and the late Mary Elizabeth Haskell Croft. Kenny graduated from Palmer College and served in the United States Coast Guard as a weather specialist. He was a Chemical Research Analyst for Westvaco. He built race cars and raced them at drag strips, was an avid fisherman and NASCAR fan, enjoyed boating and sports, and was a charter member of James Island Baptist Church. He was a member of the Model A Club of Charleston. His family remembers him as a loving and generous husband and father and he doted on his grandchildren. Kenny is survived by Phyllis Bair Croft, his wife of 50 years, of Johns Island; two daughters, Katrina Croft Hackworth and her husband Jerry of Holly Hill and Belinda Croft Roberts and her husband Frazier of Johns Island; three grandchildren, Hunter Hackworth and Ashlen Hackworth of Holly Hill and Matthew Roberts of Johns Island; and one sister Janet Croft Griffin of James Island. The family will receive friends on Monday, September 22, 2014 from 10 to 11am (one hour prior to the service) at James Island Baptist Church, 2023 Wappoo Drive, Charleston, SC, 29412. A celebration of life will be on Monday, September 22, 2014 from 11am to 12pm, also at James Island Baptist Church with Rev. Tom Brown officiating. Burial will follow in Live Oak Memorial Gardens, 3093 Ashley River Rd., Charleston, SC. Memorial donations may be made to James Island Baptist Church, 2023 Wappoo Drive, Charleston, SC 29412. Expressions of sympathy may be viewed or submitted online at www.mcalister-smith.com Arrangements have been entrusted to McALISTER-SMITH FUNERAL HOME, JAMES ISLAND CHAPEL, 347 Folly Road, Charleston, SC 29412, 843-614-8494.
To order memorial trees or send flowers to the family in memory of Charles McKenneth 'Kenny' Croft, please visit our flower store.