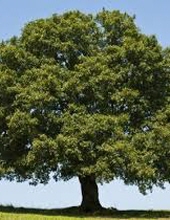 Charles Risk Sloan has passed at the age of 91. He is survived by his wife of 48 years Glenna, his son Mark, Daughter in law Stephanie, and four grandchildren, Mark Jr., Cadence, Nathaniel, and Daniel.

Charles was born in 1927 in Marshalltown Iowa. He was one of three sons born to Ruth and Clarence Sloan. They and his twin brother Robert and older brother John predeceased him.

From an early age, Charles demonstrated outstanding musical ability. He became proficient on the violin, and later the trumpet. An early teacher was Fayette Moore, trumpet with the Boston Symphony Orchestra under Karl Muck. As early as high school he was playing trumpet in several of the various jazz bands traveling to entertain throughout the Midwest during World War II. He enlisted in the Navy in 1945. While in transport to the Philippines in the USS Marine Cardinal, because of his passion for music and perhaps to avoid KP, he requisitioned the cache of instruments and aboard established a band that played concerts during the voyage and performed USO events in the Philippines. Subsequently, when the war ended, officers requested that the band be kept together to entertain on the return voyage to the United States.

Home again, Charles completed his BA degree in music and music education in the University of Iowa. His musical career began as a music teacher in the Midwest. He later moved to New York City where he studied with John Ware and William Bell of the New York Philharmonic and played trumpet in the Radio City Music Hall Orchestra and the National Symphony orchestra association. He also worked in music licensing and publishing, working with Hill and Range Music Inc. on behalf of Elvis Presley and other notable performers. For five years he was Assistant Production Manager at Big Three Music.

His varied and highly successful music career continued when he completed his Master’s Degree in music education from Columbia University Teachers College. Charles became the band and orchestra leader in several prestigious school in the New York area including White Plains High School where one of his students was Garrick Ohlsson, the renowned concert pianist. At Brooklyn Technical High School, he held this position for 19 years, ten of which he also served as the chair of the music department. During this time, his bands received several invitations to play at special events and occasions in the New York City area. One of these notable events was the honor to perform during the dedication of the Jacob Javitz Convention Center in 1984, as well as accompanying James Merrill's singing of the National Anthem.

Upon his retirement from Brooklyn Tech, Charles was invited to become assistant director of the Long Island Mandolin and Guitar orchestra. New to the instrument of the mandolin, he taught himself how to play as well as be better fitted to conduct the group. During his 20 years with the LIMAGO, Charles also supervised student teachers for the Elementary and Early Childhood Department at Queens College of the City University of New York.

Gifted in a number of ways, Charles built vacation homes in Cape Cod and in the Catskills in upstate New York, as well as a cabin in Muskoka, Ontario, Canada. As a hobbyist, he painted a number of fine paintings, created pottery art, and for a time cut, polished, and set precious gen stones.

Besides his achievements, Charles was known as a highly positive and optimistic individual was known as highly positive and optimistic individual, one who respected and enjoyed his friends. He was also a caring husband, father and grandfather. Although he struggled for many years with health problems related to his heart, he never allowed these to interfere with his joy of living.

A memorial service will be held 11 am Friday, December 7, 2018 at St. George's Episcopal Church.
To order memorial trees or send flowers to the family in memory of Charles Risk Sloan, please visit our flower store.