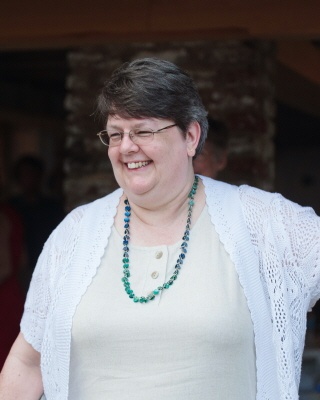 On October 6, 2021, Charlotte Lanning, 62, of Goose Creek, SC, passed peacefully into the arms of her Savior Jesus Christ.

Charlotte was born on August 25, 1959, to Charles and Erline James in Augusta, GA. She went on to graduate from Curtis Baptist School in 1977. She was a member of the First Assembly of God church puppet team, Sally and Company, where she met her husband Craig Lanning. They were married on September 7, 1985. Their daughter Deborah was born on November 23, 1988; they then moved to Charleston, SC, where their son Charles was later born on October 15, 1991.

Charlotte was a wonderful and loving mother who gave her all to her family, including homeschooling her children for nine years. She also adored her two grandsons, to whom she was known as Grammy, and who she affectionately called her sugarpies.

Church was always an important facet of her life, and she was always a faithful member at every church she was a part of. She was always willing to volunteer her time and efforts, from leading worship to maintaining the grounds and everything in between.

A gathering of friends and family to celebrate her life will be held at McAlister-Smith Funeral and Cremation on Friday, October 15, 2021, at 1:00 PM, followed by a memorial service at 2:00 PM.