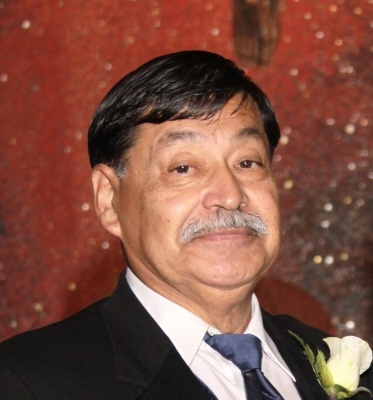 Born on February 07, 1946 in Laredo, Texas, David was a son of the late Lorenzo Barron and Maria
Garcia Cazares Barron.

David was a loving husband, proud father, doting grandfather, and devout parishioner of Immaculate
Conception Catholic Church in Goose Creek, SC, where he was a Sunday school teacher and a member of
the Knights of Columbus. He enjoyed reading, was an avid fan of Blue Bloods, WW2 movies and
Spaghetti Westerns, and loved listening to music of the 50s, 60s, and 70s. David was a corporal in the
Marines, serving his country in the Vietnam War, where he was wounded in action and earned several
commendations. He later served in the Army and Army Reserve, achieving the rank of Lieutenant
Colonel. After leaving the military, he worked for the Department of the Treasury and the Department
of Homeland Security. He proudly and honorably served his country for 50 years. While doing this, he
also earned a bachelor's and a master's degree. He was a lifetime member of the Second Battalion,
Fourth Marines Association, "The Magnificent Bastards".

Besides his wife, David is survived by his children Dina Barron of Summerville, SC, David L. Barron, Jr. of
Summerville, SC, and Daniel Barron and wife Tonya of Summerville, SC; his grandchildren Connor,
Josephine, and Nora; brothers and sisters, Albert Barron, Alex Barron, Maria and husband Juan Chairez,
Eva and husband Mike Stout, Raul Bonnego and wife Annie, and Elviria Espara and husband Jose Espara
III. He was preceded in death by his parents, and his three brothers, Santos Joe, Naty, and Eloy Barron.

The family will receive friends on Thursday, January 7, 2021 from 1:00 PM to 3:00 PM at McAlisterSmith Funeral and Cremation (Goose Creek).

The service will be held at Immaculate Conception Catholic Church Friday, January 8, 2021 at 11:00 AM.

The internment will be during a private ceremony held at a later date.

In lieu of flowers, memorial contributions in David`s memory may be sent to the Vietnam Veterans
Memorial Fund. https://donate.vvmf.org/page/contribute/in-memory-program.