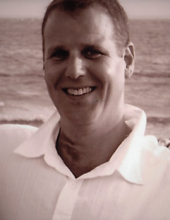 David was preceded in death by his brother, Michael Lawyer.

David graduated from Upper Arlington High School and Columbus State Community College. His love of animals led him to a career as a Certified Animal Control Officer and as a Veterinary Technician Anesthetist for 25 years. David dedicated his life to helping animals and was a mentor to others in the Veterinary field. He was also a big Grateful Dead fan. David's sense of humor was unmatched. David was quick with a smile and a joke, you could meet him for the first time and feel like you have known him for years. David had an encouraging spirit that put everyone around him at ease. He was a genuinely good person that valued those around him and appreciated every one.

Memorial Contributions may be made in Dave's honor to the Charleston Animal Society.