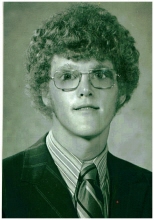 Mr. David Stephen Battey, III, 62, of Charleston and husband of Carol Toris, passed away at Medical University Hospital on Wednesday, January 13, 2016. David Battey was born on December 8, 1953 in Lubbock, Texas to the late David Stephen Battey, Jr. and Muriel Lee Hutchinson Battey of Floydada Texas. He was the Information Technology Coordinator for the Office of Research and Grants Administration at The College of Charleston since 1997. He earned a B.S. in Education from the College of Charleston in 1991. Dave also served as a GSE2 Electrical and Gas Turbine Engineer in the United States Navy from 1979 to 1983. In addition to his wife of 30 years and his mother, Dave is survived by his sister, Muriel Ann Henneman of Lubbock, Texas, his niece Lara Henneman, his nephew, Derek Henneman, and his beloved animal companions, Jack, Huri, Wuu, Proto, Pani, Pixel, Popeye, Rooftop and Fliptop. He was preceded in death by two brothers John Carleton and Grant Hutchinson and his brother-in-law Allan Henneman. A memorial service will be held at 4 p.m. on Tuesday, January 26th, 2016 at the McAlister-Smith Funeral Home, 347 Folly Road, James Island, South Carolina. The family will receive friends immediately after the service. In lieu of flowers, memorial donations may be made to Pet Helpers, 1430 Folly Rd, Charleston, SC 29412. Condolences may be viewed or submitted at www.McAlister-Smith.com Arrangements were entrusted McALISTER-SMITH FUNERAL HOME, JAMES ISLAND CHAPEL, 347 Folly Road, Charleston, SC 29412, 843-614-8494.
To order memorial trees or send flowers to the family in memory of David Stephen Battey III, please visit our flower store.