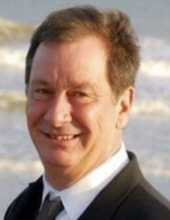 David was preceded in death by his mother and father.

David was an elevator mechanic, mason, and private pilot who was devoted to his family and especially his grandchildren. He was an avid football fan of both the University of Alabama and the Carolina Panthers. He shared his love of football, volleyball, hunting, fishing, anchovies, and anything nature related with his children and grandchildren.

In lieu of flowers, memorial donations can be made to MUSC, Hollings Cancer Center, 88 Jonathan Lucas Street, MSC 955, Charleston, SC 29425 or online at Hollingscancercenter.org.