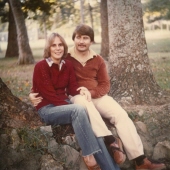 Deborah Ann Bacon, 64, â€œDebbyâ€, as she was affectionately called by her family and friends, departed this earthly life after a long battle with kidney disease on March 21, 2014 in Columbia, SC. She was born February 3, 1950, in Charleston, SC, a daughter of the late Walter C. Gay, Jr. and Geraldine Hargrove Gay. Debby had been a bookkeeper for many years. She enjoyed cooking for her family, trips to the beach and the mountains, traveling with her husband, Frank and spending holidays with her family. Her great loves were her grandchildren and her dogs, Kiki and Niki. Her family and friends remember her as a selfless, giving and loving person. She is predeceased by her sister Sandrah M. â€œSandyâ€ Gay. Surviving are her husband of 35 years, W. Frank Bacon; her son Julian Michael Dorrell (Elizabeth); grandsons Wes and Alex Dorrell; step-mother Carolyn Gay; sisters Michele del Mas (Jeff); Jeanine Weill (Edwin) and brother, Dr. Walter Carlton Gay, III; nieces Sara del Mas and Shannon Weill; nephews Josh del Mas and Eddie Weill; and special friends Lou and Jan Faltus and Rob and Peggy Antonow. A memorial service celebrating the life of Deborah Ann Gay Bacon will be held at 2:00PM, on Tuesday, March 25, 2014 at McAlister-Smith Funeral Home West Ashley Chapel, 2501 Bees Ferry Road, Charleston, SC 29414, with internment at the Live Oak Memorial Gardens. The family will receive friends one hour prior, from 1:00PM â€“ 2:00PM, Tuesday, at the funeral home. Memorial contributions may be made to the National Kidney Foundation. Expressions of sympathy may be viewed or submitted online at www.McAlister-Smith.com Arrangements have been entrusted to McALISTER-SMITH FUNERAL HOME WEST ASHLEY CHAPEL, BEES FERRY ROAD, CHARLESTON, SC 29414. (843) 722-8371