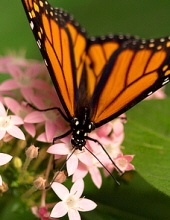 Deborah (Debbie) Volousky, 67, of James Island, South Carolina, wife of Edward Volousky for 43 years entered into eternal rest Tuesday, December 8, 2020. According to her husband, "She was the love of my life." Debbie was born July 21, 1953 and raised in the historic Riverland Terrace community. She was a 1971 graduate of James Island High School.

Debbie was a loving wife, mother, grandmother, great-grandmother, aunt, sister, and educator. She shared her love of traveling and furniture flipping with her husband Ed. She was a true Southern Lady and James Island girl. Her love of James Island and Folly Beach were reflected in her home and hobbies. Debbie loved going to the beach where she spent a lot of time growing up and passed that love of the sea and sand to all of her children. Debbie made raising six children look easy! She could always be found at sporting events with all of the girls, at the amusement park waiting for the roller coaster, or in the hotel pool with five girls hanging on...and she would not have had it any other way. Once her son arrived, she was a regular fixture on the James Island soccer sidelines where she found many wonderful friends over the years.

Professionally, Debbie worked for the State of South Carolina first at MUSC and then as a Special Education teacher for Charleston County School District. Debbie poured into the lives of hundreds of Lowcountry students. She was honored by many students as one of the most influential and helpful people in their lives. She received her undergraduate degree from The College of Charleston and her Master's Degree from The Citadel. Following retirement, Debbie continued to be an active member of the James Island Community with many of her other James Island friends.

Memorials can be made in Debbie's honor to the Leukemia and Lymphoma Society which also benefits her granddaughter, Eliza Cate. A memorial message may be sent to the family by visiting our website mcalister-smith.com and posting to Tribute Wall. The family will have a private graveside service and hold a celebration of life at a later date...and Debbie is smiling, knowing we are all together.
To order memorial trees or send flowers to the family in memory of Deborah H. Volousky, please visit our flower store.