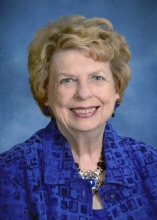 Diane Holland, 81, of Mt. Pleasant, SC died on Friday, January 15, 2016. She was born on Saturday, September 1, 1934 in Norfolk, VA to the late Mrs. Elmyra Hansen and the late Mr. Louis Hansen. She loved to travel, she loved to teach young students and most of all she loved raising her family in Yorktown, VA. Diane was married to Mason R. Holland Sr. â€œBuddyâ€ for 38 years until his passing in August of 2000. Together they are survived by Three loving sons Mason Holland Jr. (Mary) of Charleston SC, Robert Holland (Diane) of Virginia Beach VA, and Thomas Holland (Tanya), of Lancaster SC and six grandchildren. She is also survived by a brother, Butch Hansen (Margaret) of Atlanta. A Funeral Service will be held in Mount Pleasant, SC at McAlister-Smith Funeral Home, 1520 Rifle Range Road, Mt. Pleasant, SC 29464 on Monday, January 18, 2016 at 1:00 PM. An additional graveside service will be held and burial will follow on Friday, January 22, 2016 at Noon in the Woodlawn Memorial Gardens cemetery 6309 East Virginia Beach Blvd. Norfolk VA 23502, where she will be laid to rest along side her husband Mason Holland. In lieu of flowers memorial donations may be made in her honor to the American Alzheimerâ€™s Association, http://alzfdn.org/. Expressions of sympathy may be viewed or submitted online at www.McAlister-Smith.com . Arrangements have been entrusted to McALISTER-SMITH FUNERAL HOME, MT PLEASANT CHAPEL, 1520 RIFLE RANGE ROAD, MT PLEASANT, SC (843) 884-3833