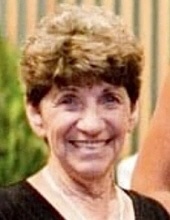 Dianne Lorraine Hurman, 78, from Danville, Iowa, reunited with her late husband, Charles Hurman, on May 8, 2020, and was surrounded by her loving family in Charleston, SC.
Born on July 22, 1941, in Oakville, Iowa, Dianne was the daughter of the late Levi Lester Heinold and Alsace Lorraine Heinold (Charbonneau).
As a young girl, Dianne had a desire to travel. After finishing high school in 1958, she attended the American Institute of Business in Des Moines, Iowa, and graduated in 1960. With her degree, she packed up and moved to California in hopes of starting her career and to “marry a movie star!” She was hired on at Lockheed Martin in Sunnyvale, CA and instead of meeting her “movie star” she met the love of her life, Charles Hurman, a Navy sailor and they married in San Jose, on Jan 6, 1961. They soon started their family, and their traveling adventures began. They had three children: Lorraine, Tammy, and Samuel. Dianne’s career restarted in 1973, working
for the Department of Defense in Beeville, TX, Corpus Christi, TX, and Atsugi, Japan, until 2002.
Dianne always had a passion for helping people less fortunate. She soon became the director for the non-profit, Frank Ferree Border Relief program located in Harlingen, Texas. From 1983- 2020 she provided food, medical assistance and facilitated the construction of schools to the border cities of Mexico. In her spare time, Dianne received her license in real-estate and enjoyed renovating houses, kayaking, traveling, playing cards, and spending time with family
laughing and telling stories.
Dianne is survived by her children, Lorraine Guerra of Danville, Iowa, Tammy (David) Adams of Danville Iowa and Samuel (Christina) Hurman of Mt. Pleasant, South Carolina; six grandchildren:
Christopher Guerra, Anthony (Michelle) Pranger, Katrina Guerra, Amber (Jimmy) Corbett, Samuel Hurman Jr., and Ellen Hurman; nine great-grandchildren; and many nieces and nephews.
Services will be held at Arlington National Cemetery at a later date.
In lieu of flowers, a memorial has been established for the Patrick Heinold Foundation.
A Tribute Video can be viewed by visiting the Tribute Wall tab.
Expressions of sympathy may be viewed or submitted online at www.mcalister-smith.com.
Funeral arrangements have been entrusted to McALISTER-SMITH FUNERAL & CREMATION, Mt. Pleasant, 1520 Rifle Range Rd., Mt. Pleasant, SC 29464, (843) 884-3833.
To order memorial trees or send flowers to the family in memory of Dianne Lorraine Hurman, please visit our flower store.