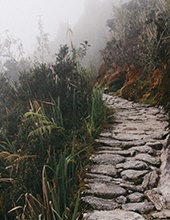 Bucky graduated from Cortland High School in 1968, went to college in Minnesota, served in the United States Army, and spent one year fighting for our country in Vietnam. Later, he was employed by Brockway Trucks, Mack Trucks, and Volvo Trucks North America until his retirement. His career lead to many moves around the United States, including Heyward, California; Macungie, Pennsylvania; Columbia, South Carolina; Dublin, Virginia and finally a much-deserved recent retirement to Charleston, South Carolina.

Wherever Bucky went, his golf clubs followed. He was an avid golfer and one of golf’s biggest fans. At least once a year for 30 years, he made a golf trip to Myrtle Beach to enjoy golfing with his buddies. He even had two hole-in-ones throughout his playing history!

More than his love of golf was his love for his family. He was the youngest of seven siblings, born to parents Eleanor Marcella and LaRue Snell. His heart was huge—he often opened his home to those he cared for deeply who needed a temporary home.

Bucky is predeceased by his parents, LaRue and Marcella, his brother, Earl Snell; and sisters Sandy Sherwood, JoAnn Cunningham, and Donna Sheeder.

He leaves behind his loving wife (his “Honey Bunny”) of 45 years, Kim Diane (Robinson); three children--Bucky (Kelly), Brett (Jaleh), and Rebecca (Robert); and his seven grandchildren who lit up his life: Grayson, Brayden, Jayceon, Azziah, Elowen, Emerson, and Axel. Additionally, he leaves behind his dear sisters Connie (Bob) Vormwald, Dena (Bob) Batzer, and in-laws; Charlotte Snell, Bruce Sherwood, and Wayne Sheeder, many cousins, nieces and nephews who all held a special place in Bucky’s heart.

Bucky was surrounded by his wife, children, and grandchildren when he crossed over peacefully after a long battle with lung cancer. He fought hard and is Superman in his family’s eyes.

A memorial service will be held at The United Presbyterian Church on 25 Church Street in Cortland on Saturday, June 29, 2019, at 3:00 PM. A military salute will follow in the Cortland Rural Cemetery on Tompkins St. In lieu of flowers, the family suggests making a donation to a youth sports program in your community (as he coached youth football for many years) or the Cancer Society.
To order memorial trees or send flowers to the family in memory of Donald Edson Snell, please visit our flower store.