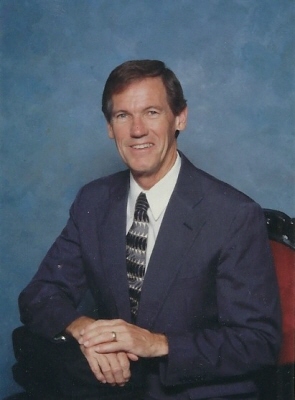 Born on June 4, 1936, in Kings Mountain, NC, Ed was a son of the late William Irvin Ledford and Ruth Hinson Ledford. Edward graduated from Kings Mountain High School and during his youth, he participated in Boy Scouts and earned the rank of Eagle Scout. After high school he entered the Navy and served honorably for four years first on the USS Hermann and later at the US Naval War College, working with Admiral Samuel Elliott Morrison on the history of the Navy. He also provided leadership as a Boy Scouts troop leader. After an honorable discharge, he attended Wake Forest University and Tulane University where he earned his Masters of Social Work. While at Wake Forest, he was a member of Theta Chi Fraternity and the cross country team where he was an ACC All-Conference runner.

Edward worked as a caseworker for the New Orleans Juvenile Court before moving to Charleston SC to work for Horizon House. Horizon House merged with Oak Grove Children's Home to form Carolina Youth Development Center for which Edward served as director for 30 years. His many accomplishments included development of Carolina Youth Development Center, providing leadership to establish the Callen Lacey Children's Shelter in Moncks Corner, many other children's services. He was a member of the National Association of Social Workers, served as President, and awarded Social Worker of the Year - NASW Coastal SC Chapter. He served on Governor's Advisory Council on Juvenile delinquency Prevention and as well as President for SC Social Welfare Forum. He also worked as a Field Education Liaison with USC College of Social Work and was an adjunct professor with local colleges,

He was a member of the Optimist Club of Charleston, served as president, and awarded Optimist of the year in 1971-72 and 79-80. He received the Malcolm D. Haven Award in 1997 from the Coastal Community Foundation for outstanding contributions to the community. He was a member of the Blue Ridge Institute for Community Executives, the Exchange Club, Rose Society, Lowcountry Senior Center, Bethel United Methodist Church, and many other community organizations.

Edward also coached the cross country team at the College of Charleston from 1989 to 2002. He established the Women's Track and Field team in 2001. Besides his work, he loved running and was inducted into the Cooper River Bridge Run Hall of Fame and the SC Runners Hall of Fame. He was a member of the Charleston Running Club and raced in various 5K, 10K, Half Marathons, and Marathons setting local and state records. He also ran marathons and races in Dublin, Ireland, Stockholm Sweden, Reykjavik Iceland. He won 4 Bridge Run Master titles and ran a PR of 3:01:52 for a marathon. He enjoyed any kind of dancing, gardening, fishing, travel, the mountains, bird watching, antiquing, and being with friends and family.

Besides his wife, Edward is survived by his son, William Porter Ledford (LeAnne) of Sugar Hill, GA his daughter, Elizabeth Ledford Brady (Dennis) of Charleston, 6 grandchildren, a sister, Betty Henderson ( Rance), a brother, Jerry Ledford of Raleigh, several nieces, nephews, grand nieces, grandnephews, and cousins. He will be greatly missed by all family and friends. He was predeceased by his parents, sisters, Margaret Chaney, Inez Worthan, and Carole Ledford as well as brothers Jack (Prissy), Wilson (Dot) and Billy Ledford and first wife, Ava Porter Ledford.

Funeral Service Live Stream Recording can be viewed at: https://youtu.be/eDCTnLTUv0I