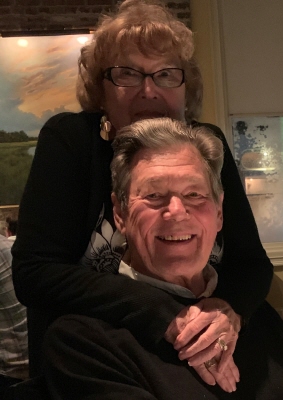 Edward (Ted) Gilbert Elliott died peacefully July 5, 2021, with his family by his side.

Ted was born March 5, 1941, in Lutterworth, England to Jack and Nancy Elliott.

For over 30 years, Ted worked for Ingersoll Milling Machine in Rockford, Illinois, starting in 1970 as a mechanic and retiring in 2002 as a Project Engineer. Ted was a prolific tinkerer, as was his dad, a trait that has passed down to his son and grandsons. In his younger years, Ted enjoyed working on stock cars and racing which is how he met his wife. In retirement, Ted and Sue enjoyed traveling the country in their RV, making friends wherever they went. Ted was always there to spend time with his kids and grandkids working on home projects, fixing things, fishing, and drinking a cold beer. Ted was extremely proud of his kids and grandkids and their accomplishments are a reflection of his influence, work ethic, and "I can fix it" attitude.

A private visitation for family will be held Saturday, July 10, 2021, at McAlister-Smith Funeral Home (Charleston, SC) followed by a Celebration of Life at the Elliott home at 2 o'clock.

In lieu of flowers, donations can be made to the Roper St. Francis Foundation at https://www.rsfhfoundation.org/howtomakeagift/ in honor of Edward Elliott for Cancer Care.
To order memorial trees or send flowers to the family in memory of Edward Gilbert Elliott, please visit our flower store.