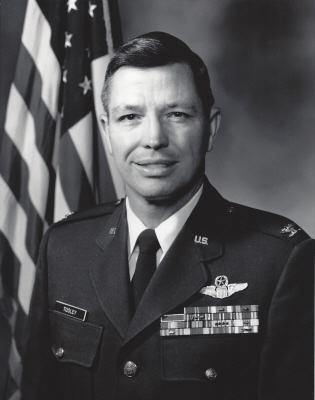 Edward Stephen Tooley, 75, of Mt. Pleasant, SC, husband to Glenda Tooley (Reynolds) married 53 years, passed in peace at home on April 28, 2020, dearly loved and surrounded by his wife, Glenda, his three children and numerous grandchildren and other family members.

They are a strong family, who share a deep faith in the Lord. Ed waged a valiant, 15-month battle with Cutaneous Angiosarcoma, a rare and dangerous form of skin cancer.

Born on July 22, 1944 in Blue Island, IL, Edward was a son of the late Stephen Bowers Tooley and Grace Annette Tooley.

Ed graduated from the United States Air Force Academy in 1966 with degrees in Engineering Sciences and Astronautics. He started pilot training and married Glenda later that year. Ed completed a one-year tour in Vietnam flying the C-123 Caribou. After Vietnam, he flew the C-141B Starlifter and in 1975, he earned a Master of Science degree in Nuclear Engineering, Nuclear Physics Radiation Effects.

After retiring from the Air Force, Ed completed a second career at Sandia National Labs as the Facilities Infrastructure Liaison to Sandia's Nuclear Weapons Program in Albuquerque, NM. He retired in 2009 and moved to Mt. Pleasant, SC.

During retirement, Ed and Glenda enjoyed playing golf, travelling, spoiling their grandchildren, connecting with family and friends in Colorado, and spending time with friends and neighbors in Mt. Pleasant. Ed was very active in church activities at St. Benedict Catholic Church and served on the board of Birthright of Charleston.

Besides his wife, Edward is survived by his children Pam and Evan Barnet of Ridgefield, CT, Angie and Dave Harden of Alexandria, VA, Glenn and Jamie Tooley of Queen Creek, AZ, his brother Bill and Sandy Tooley of Bluffton, SC, 8 wonderful grandchildren, sisters-in-law Margy and Dennis Ferris, Pam and Bob Thode, and multiple nieces and nephews.

The burial will be held at The United States Air Force Academy Cemetery, Colorado Springs, CO 80840 at a later date.

In lieu of flowers, memorial contributions in Edward`s memory may be sent to Birthright of Charleston, P.O. Box 30191, Charleston, SC 29417 or online at www.birthrightofcharleston.org.