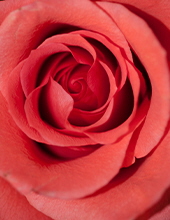 It is with deep sadness and heavy hearts that we inform you of the death of our Mother. Emily passed away after 14 years of Alzheimers on April 23, 2019. She was born January 29, 1931 in Charleston, SC. Her parents were the late Egmont and Lurline Shuler Arndt.
She is survived by daughters Cheryl Chaplin Mullis (Ed) of James Island; Cindy Chaplin Galloway (Tommy) of Bonneau Beach; and one son, Michael Chaplin of Ravenel. Grandchildren include Allie (Emily) Oswald, James Island; Joseph (Andie) Chaplin, Ravenel; Stacy (Will) Postell, Ravenel; Holly (Aaron) Fleming, Wisconsin; Erica (Chad) Schaffer, Ravenel; Joey Chaplin, Ravenel. Numerous great-grandchildren will miss her dearly.
She is preceded in death by her parents; beloved husband, Joseph O. Chaplin, Jr.; son, Wayne Chaplin; brother, Culbert Shuler Arndt and granddaughter, Gina Chaplin Vaughn.
Emily was a nurse at Roper Hospital for many years then continued as a private duty nurse. Her compassion and love for her patients was obvious.
Visitation and memorial services will be at James Island Baptist Church on Thursday, May 2, 2019. Visitation begins at 1:00 pm followed by the memorial service at 2:00 pm. Flowers will be accepted or memorials may be made to James Island Baptist Church, 2023 Wappoo Drive, Charleston, SC 29412.
Expressions of sympathy may be viewed or submitted online at www.mcalister-smith.com.
Arrangements have been entrusted to McAlister-Smith Funeral Home, James Island, 347 Folly Road, Charleston, SC 29412, (843) 614-8494.
To order memorial trees or send flowers to the family in memory of Emily A Chaplin, please visit our flower store.