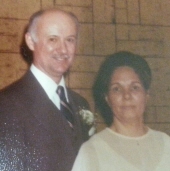 Ernest B. Vevoda, loving husband and lifelong partner of 57 years to Dolores Vevoda, passed from this world in his home on July 16, 2016 at the age of 89. Born in Prague in 1927 and after choosing an adventurous departure from the Czech Republic, he arrived in San Francisco in 1955, later settling on the East Coast. Being fluent in three languages, having received his Engineering Degree, and after becoming a US citizen in 1962, Ernest was recruited by a German firm, PF Peddinghaus in Gevelsberg, Germany. During his career there he succeeded in taking a two person office and helped build it into a multimillion dollar company of 650 employees. He retired from Peddinghaus in 1993 after 25 years of service and dedication. Upon retirement he and Dolores moved to Charleston, SC. Here he spent time enjoying horticulture, sailing, antiquing, tapestry collecting and photography. His love for photography is seen by the beautiful photographs he took of his loving family along with those taken while he traveled the world. His photographs portray the way Ernest saw the world. Where others may have seen just a face or just a normal landscape or scene, or maybe something as simple as a flower, Ernest saw beauty. Ernest surrounded himself with beauty, from his wife and family down to the beautiful things he collected from all parts of the world. He will be remembered as a kind man always ready to flash you a smile and a big Hello. He had a kind heart and a beautiful soul. He will be greatly missed. Ernest is survived by his loving wife Dolores and her children, Richard Lloyd and his sons Kyle and Erik, Christine Anari and her husband William and their sons Jason and his wife Fern, and William, Steven Lloyd and his sons Stuart and his wife Amanda and their son Mason, and Myles Ian and his son Devin and his daughter Leona, along with daughter Taylor and son Austin Andrew; and 2 sisters, Jarmilla and Vera. A Celebration of Life service will be held at 11am Friday, July 22, 2016 at McAlister-Smith Funeral Home James Island Chapel. Expressions of sympathy may be viewed or submitted online at www.McAlister-Smith.com. Arrangements have been entrusted to McALISTER-SMITH FUNERAL HOME, JAMES ISLAND CHAPEL, 347 FOLLY ROAD, CHARLESTON, SC, 843-614-8494
To order memorial trees or send flowers to the family in memory of Ernest Boris Vevoda, please visit our flower store.