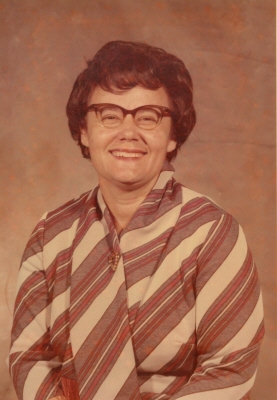 She was born February 6, 1930 in Kingstree, SC, daughter of the late John R. Todd and Martha Tisdale Todd.

Florence was a stay-at-home mother for many years. She was the owner of McCants Grocery on Maybank Highway, Johns Island, SC. She worked on Kiawah Island as a nanny, groundskeeper and housekeeper. Florence worked for two families as a caregiver for two elderly ladies on Johns Island, SC.

On September 25, 2019, she moved from her residence on Johns Island to Riverside Health and Rehab, North Charleston. There she was appointed the first and only honorary greeter. She was given a badge and a desk and welcomed all.

Florence was always doing what she could to help someone else. She showed her faith and gave her witness through kind and loving acts.She is predeceased by her son, Jeffrey Todd McCants.Florence is survived by her daughter, Sandra McCants; her son, Jimmie Harold McCants; three grandchildren: Woody Taylor, Wendy Culpepper and Rachel Holpfer; five great- grands: Nicole Britton, Kyle Culpepper, Kayla Culpepper, Isabella Holpfer and Nicholas Holpfer.

Arrangements have been entrusted to McAlister-Smith Funeral Home, 347 Folly Road, Charleston, SC 29412.
To order memorial trees or send flowers to the family in memory of Florence McCants, please visit our flower store.