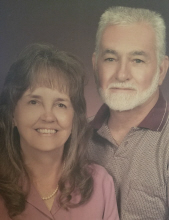 He was born on February 15, 1941 in Pembroke, GA, son of Frank Hardeman and Annie Kangeter Wilson.

He is survived by his loving wife of over 29 years, Linda Munch Wilson, of Charleston, SC; sons: Michael Wilson and his wife, Laura, of Summerville, SC and Ronald L. Capps and his wife, Karen, of James Island, SC; five grandchildren: Heather Radomski and Rebekah Daily of Summerville, SC, Tara Ridge of Greenville, SC and Erica Plymale and her husband, Anthony, of Sumter, SC; four great-grandchildren: Ivy Gros and Charlotte Wertz of Summerville, SC and Jadyn Oberg and Erin Plymale of Sumter, SC; a brother, Benjamin H. (Toby) Wilson and his wife, Martha, of Statesboro, GA and numerous nieces and nephews. Also included are his extended family, grandchildren, Dylan Furey, Carson and Baylor Hamby, all of Charleston, SC and two loving aunts, Sarah Wilson and Mildred Davis, both of Ellabell, GA.

Frank loved to fish and hunt, but most of all he loved the Lord and spending time with his family. He also made the best barbequed pig in the world!

Frank was employed with Utilities Construction Company for 34 years. He truly enjoyed his retirement years.

The family will receive friends on Thursday, March 21, 2019 from 6 p.m. to 8 p.m. at McAlister-Smith Funeral Home James Island.

Frank was preceded in death by his parents, sisters: Maxie Myers, Shirley Reddish, Betty Clark and a daughter, Lisa Oberg.

Arrangements have been entrusted to McAlister-Smith Funeral Home James Island, Charleston, SC 29412, 843-614-8494.
To order memorial trees or send flowers to the family in memory of Frank Ellie Wilson, please visit our flower store.