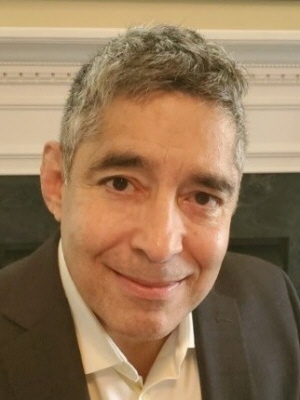 On Saturday, June 27, 2021, Frank L. Sonntag Jr died unexpectedly of natural causes, in his Mount Pleasant, South Carolina home at the age of 59.

Born on November 22, 1961, in Sandusky, Ohio, he was beloved by his parents Patricia Sonntag of Milan, OH and the late Frank Sonntag Sr.

In a letter written to his parents, while in elementary school, he advised them, "You have given me a good life so far. Keep it up and I will be fine." They kept it up.

He graduated from Huron High School in 1980 where he was an accomplished academic and music student. He received a full music scholarship from Heidelberg University where he earned his Bachelor's degree. While in college, Frank met his first boyfriend and unceremoniously came out to his parents when his boyfriend sent a card home addressed to Frank Sonntag, the name shared by his father. The revelation was met with the off-colored humor characteristic of his father, love, and acceptance. Frank would live the remainder of his days as a proud, openly gay man. He continued his education, obtaining a Master's Degree in Arts Administration from the Conservatory of Music at the University of Cincinnati.

Employing his talent, charm, intellect, and love for the arts, Frank held leadership positions for respected arts and social service organizations across the country including Kentucky Center for the Arts, St. Louis Dance, David Parsons Dance Company, New York Foundation for the Arts, Broadway Cares/Equity Fights AIDS, and Brooklyn Center for the Performing Arts in New York City and Cowles Center for Dance & the Performing Arts in Minneapolis.
Most recently, he partnered with his sister Sandy at the non-profit consulting firm, Solutions for the Greater Good, based in Charleston. He also served as a Commissioner on the Cultural Arts and Pride Committee in Mount Pleasant.

Frank was loved immensely and is survived by his mother Patricia Sonntag, four brothers and sisters: Martin Sonntag of Anacortes, WA, Terry Webb of Norwalk, OH, Dana Sonntag of Milan, OH, and Sandy Morckel (Craig Gangloff) of Charleston, SC, along with aunts, cousins, nieces, nephews, many friends including life-long friend John Muscetta, and his adored chihuahua Emily. He is preceded in death by his Father Frank Sonntag, Sr. and his youngest brother John Sonntag.

Frank lived fully and invited others to live vicariously through his prolific story telling.
Conversation will be far less entertaining in the absence of his acerbic wit and less interesting, without his assessment of political and current events. In addition to leaving behind treasured memories of his laugh and being transported by his gifted rendering of Chopin, many friends have been imbued by his vast knowledge and will smile when stopping to notice architecture or imparting the difference between English and French gardens.

Memorial celebrations will be held in northern Ohio and Charleston later this summer.

In Lieu of flowers, memorial donations can be made in his name to two organizations for which he worked tirelessly: Homeless to Hope Fund (www.homelesstohopefund.org/donate) or Holy City Arts and Lyric Opera (HALO Tribute to Frank)