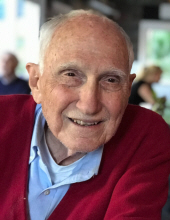 Franklin John Koonts, 86, of Charleston, South Carolina, passed away on August 18,
2019.
He was born on May 20, 1933 in Lexington, North Carolina, son of Nora Johnson and
Willis Allen Koonts.
Franklin was preceded in death by his parents, his brothers Garland and Wayne, his sister
Mildred Gusman, and his nephew Robert Gusman.
He is survived by wife Virginia Koonts of Charleston, South Carolina; his daughter Lisa
Koonts of Charleston, South Carolina; son and daughter-in-law Paul and Jeanmarie
Koonts of Gibsonville, North Carolina; daughter and son-in-law Mary and Paul Hashemi
of Berwyn, Pennsylvania; and five grandchildren.
“Frank” graduated from Lexington High School in 1951, then attended Duke University
and was drafted into the Army upon graduation in 1955. After two years of service, Frank
worked in sales and for the Internal Revenue Service before starting a 22 year career at
the Polaris Missile Facility and Naval Weapons Station in Charleston, South Carolina.
Frank was a grateful member of Alcoholics Anonymous and a recovering alcoholic since
1981. Franklin, as he preferred to be called in later years, will be remembered for his love
of a good breakfast, quick wit, dapper dressing, hats, pure enjoyment of a nap, courtly
manners, and his deep belief in working hard, being fair, and just trying to do the best one
can. Franklin’s day did not start without his coffee and newspaper, and he passed on his
fondness for all kinds of reading to his children. The wonderful and well told stories that
Franklin shared from his life will be missed by anyone who has had the opportunity to
hear one.
The family will receive friends on August 31st from 10 to 10:45 am at McAlister-Smith
Funeral Home, 347 Folly Road, Charleston, South Carolina.
A Mass of Christian Burial will be held at 11:00 am on August 31st at the Church of the
Nativity on James Island at 1061 Folly Road, Charleston, South Carolina. Interment to
follow at the Holy Cross Cemetery, 604 Fort Johnson Road, Charleston, South Carolina.
Gathering to follow at Edison James Island, 1014 Fort Johnson Road, Charleston, South
Carolina.
In lieu of flowers memorial contributions may be made to the Charleston County Public
Library. Please designate the James Island Library in memory of Franklin John Koonts
on the memo line. Memorials can be mailed to Charleston County Library, Attn: Finance
Department, 60 Calhoun Street, Charleston, SC 29401.
Expressions of sympathy may be viewed or submitted online at www.mcalistersmith.
com.
Arrangements have been entrusted to McAlister-Smith Funeral Home, James Island, 347
Folly Road, Charleston, SC 29412, 843-614-8494.
To order memorial trees or send flowers to the family in memory of Franklin John Koonts, please visit our flower store.