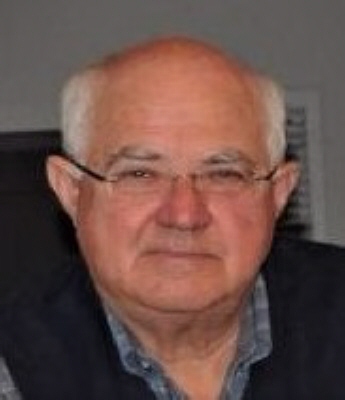 Born on December 21, 1942 in Corning, NY, Frederick was the son of the late Adrian Shinners and
Emily Shinners. He attended the University of Cincinnati where he met his wife Mary Ann. They
were married in 1965 and were able to celebrate over 55 years of marriage together. In addition to
his wife, Frederick is survived by his son Frederick Shinners and daughter-in-law Sarah Shinners
of Mt. Pleasant, SC; his daughter Jennifer Shinners of Mt. Pleasant, SC; his grandchildren:
Michael, Angelia, Alexander and Heather and his great grandson Caleb. He is also survived by his
sister Kathy Shinners McGovern of Rochester, NY.

Frederick was also a graduate of Northwestern University's Kellogg School of Business. He was
an accomplished chemical engineer and businessman. Frederick spent his career with Borg
Warner Chemicals and General Electric which took him to Illinois, West Virginia, Japan and New
York. He retired from the Witco Chemical Corporation in 1999 after living abroad in Switzerland
for several years. He spent his retirement traveling the world with his wife by his side along with
family and friends.

Frederick was a man of great faith and a member of the bell ringers at Stella Maris Catholic
Church and volunteered in the community with various groups including East Cooper Community
Outreach. Most importantly, Frederick was a loving and devoted husband, father and grandfather
who will be greatly missed by the people who knew him and loved him.

A Mass of Christian Burial will be held at 11 AM on Monday, April 5, 2021 at Stella Maris Catholic
Church,1204 Middle Street, Sullivans Island, SC 29482. Due to COVID restrictions, seating will be
limited and masks will be required.

The burial will be held immediately following at the Columbarium at Mepkin Abbey, 1098 Mepkin
Abbey Rd, Moncks Corner, SC 29461.

In lieu of flowers, memorial contributions in Frederick`s memory may be sent to St. Jude's
Children's Hospital or the Charleston Animal Society.