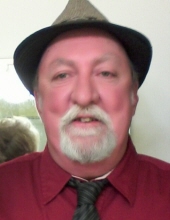 He was born on December 13, 1958 in Frostburg, MD, son of the late Dorothy Metts Crawford and the late Marshall Wilson Crawford.

Gary grew up in Montgomery County, MD, where he played high school basketball and enjoyed racing cars while growing up. Gary loved his motorcycles, especially his Harley. He was a Chevy man though-and-through, and enjoyed watching NASCAR. Gary loved his “man cave”, and was a die-hard Baltimore Ravens fan. He was an avid competitor, whether it was darts or pool – he was in it to win it. His family will remember him as a dependable, reliable, quick-witted, hard-working man. He always wanted the best for his wife, children and grandchildren.

Besides his parents, Gary is preceded in death by his brothers, Kenneth Crawford and James Crawford.