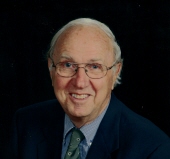 Noted Scientist and Community Leader Passes Charleston - Dr. George Fassuliotis, 88, of Charleston and husband of Helen K. Fassuliotis, passed peacefully on Monday, August 17, 2015. George Fassuliotis was born on June 7, 1927, in Brooklyn, NY to the late Costas and Maria Fassuliotis. One of his earliest recorded achievements was in 1941, at the age of 14, when he was presented the prestigious Haney Medal awarded by the School Art League of New York City. His love for music was inspired by Romanian born American song writer Jacques Wolf, an early researcher in African-American cultural music and Big Band leader and trumpeter, Harry James. His music interests blossomed as a member of the Charleston Bouzoukia Orchestra from 1962 to 1975 and he led small groups performing at weddings, baptisms and many cultural events. He enlisted in the US Marines in 1945, at the age of 17. He was first introduced to the Southeast, serving at both Parris Island, SC and Camp Lejeune, NC. In 1959, he relocated to Charleston with his young family and concluded a 40 year career with the United States government as the Director of the USDA Agricultural Research facility in Charleston. He was also a past president of the International Society of Nematologists and hosted their national convention in Charleston, SC. He is an active member of the South Carolina Agricultural Society. He enjoyed a rich life of fishing, outdoor activities, travel and was a past president of the Charleston Symphony Organization. In his retirement, he mentored inner city children and may be remembered as a common sight, sitting on his beloved bench at the End of the Rainbow, Charleston, SC. He was fondly referred to as perhaps the most photographed curmudgeon in the world. In addition to his wife of 63 years, he is survived by his loving sons, Dennis T. Fassuliotis (Elaine Mincey) and Thomas M. Fassuliotis, MD (Ginger Lowery) of Gainesville GA; grandchildren, Christopher C. G. Fassuliotis and Nicholas N. J. Fassuliotis, both of Charleston, SC; siblings, William Fassuliotis of Greenwich, CT and Theodora Fassuliotis of Brooklyn, NY. A visitation will be held on Friday, August 21, 2015, from 6-8 PM at McAlister-Smith Funeral Home, James Island Chapel. The Trisagion service will be held at 7 PM. A Celebration of Life service will be on Saturday, August 22, 2015, at 2:00 PM at the Holy Trinity Greek Orthodox Church, 30 Race St, Charleston, SC 29403 with burial following at Live Oak Memorial Gardens, 3093 Ashley River Rd, Charleston, SC 29414. Memorial donations may be made to the Holy Trinity Greek Orthodox Church. Condolences may be viewed or submitted at www.McAlister-Smith.com Arrangements were entrusted to McALISTER-SMITH FUNERAL HOME, JAMES ISLAND CHAPEL, 347 Folly Road, Charleston, SC 29412, Phone 843-614-8494.
To order memorial trees or send flowers to the family in memory of George Fassuliotis, please visit our flower store.