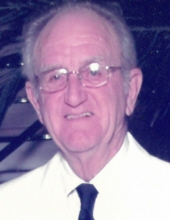 Born on January 31, 1937 in Charleston, SC, George was the son of the late John DW Jager and Jannie Pooser Jager.

George graduated from Murray Vocational School in 1954 and shortly thereafter enlisted in the US Army.  George was an Army Specialist while stationed in Korea and Kentucky during his four years of military service.  He later maintained membership to the James Island American Legion. His lifelong vocations included working with his hands as a proficient craftsman, heating and air conditioning technician, and contractor.  He enjoyed flipping houses, working in his workshop, and creating wooden toys for children within the community. George was known as a compassionate and supportive person, always willing to help others in need and to lend a sympathetic ear in times of crisis.  Among his many hobbies George enjoyed fishing, shrimping, and exploring the intercostal waters on his pontoon boat. One of George’s recent joys was refurbishing his orange 1976 MG. He also felt very blessed to have countless friends at both Our Lady of Good Counsel and at South Bay of Mt Pleasant.

Services will be held at a later date.

In lieu of flowers, memorial contributions in George`s memory may be sent to Wounded Warriors or Special Olympics.