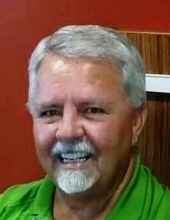 Gregg was a graduate from Fort Johnson High School on James Island and remained local for the duration his life. He will be remembered by many for his infectious smile, big personality, love of life, family, and friends. Gregg loved anything that he could compete at especially since he excelled at anything he touched. His main passion outside of friends and family was golf. Most days you could find him at the golf course playing in a skins match or simply enjoying the time with his friends on the course. Gregg will also be remembered for throwing his own birthday parties. They were the best, he really went all out. His parties would include bon fires with oysters and frogmore stew along with a DJ playing inside where you could also karaoke. He was generally the life of the party no matter where he was. Often at these parties at some point you could find Gregg huddled up with some friends and family telling the latest jokes and great family stories about his mother, father, brothers, and sister.  He definitely knew how to have a good time and if you had the pleasure of knowing him he made sure you had a good time as well.

Later in life he had a granddaughter that absolutely melted his heart. To watch a grown, notoriously known, tough guy be wrapped around a little girl’s finger and do whatever she asked him to do, from playing with stuffed animals to listening to a twenty minute long story from a 4 year old that made absolutely no sense what so ever was a sight that you couldn't help but to smile at.  In his golden years he really enjoyed playing golf with his son and teaching his granddaughter how to hit the golf ball. To say Gregg Lawrence Griffith will be missed is like saying Oxygen will be missed.