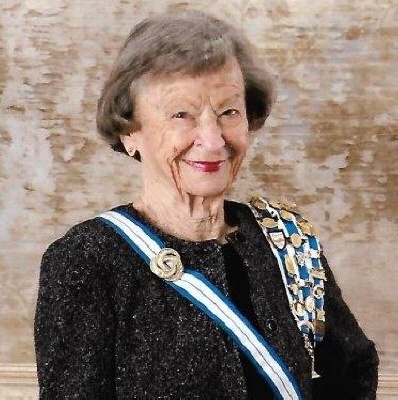 Born on February 29, 1936 in Port Townsend, Heather was the daughter of the late Gordon Trim Hunt and Pauline Ritter Hunt. She had one brother, the late Gordon Hunt. She grew up in Chimacum, WA, lived in Phoenix, Arizona, Seattle, Washington and Port Ludlow, Washington.

Heather and her husband Richard in we're married in Port Townsend, WA on June 1, 1958. They had one daughter, Gail.

After the passing of her husband Richard in 2014, she relocated to West Chester, PA to reside with her daughter and son-in-law, and in 2020 relocated again with them to Kiawah Island, South Carolina.

She was a leading member of the Daughters of the American Revolution and was the Organizing Regent of the Admiralty Inlet Washington State DAR Chapter, of which she was a member over 50 years. Heather also, served as DAR Washington State Regent from 1976-1978.

In lieu of flowers, memorial gifts may be made to sent to the National Chapter of the Daughters of the American Revolution (DAR) in Washington DC (https://www.dar.org/giving/ways-give/donate-online).