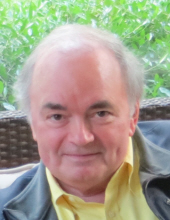 Huel is survived by his daughter Austin Adams Bruner and his son-in-law Collin Bruner, his adored granddaughters Martha Bennett Bruner and Cason Wallace Bruner, and dear friend Chris Corbin. He is also survived by his former wife Carolyn Matthews, with whom he maintained a lifelong friendship.

Huel was educated in the Columbia public schools, graduating from Dreher High School in 1967. He received his B.A. degree in American History from Furman University in 1971, his Juris Doctor degree from the USC School of Law in 1974 and his Master of Tax Law degree (LLM) from Emory University.

Huel’s father was one of the original Piggly Wiggly store owners and Huel learned about diligence and hard work early in life by working for years in those stores. He practiced law at the McNair Law Firm in Columbia, specializing in tax and estate planning law, then moved to Spartanburg to continue his practice with Butler, Means, Evins and Browne, finally settling in Charleston where he practiced for some years with Holmes and Thompson.

Later in life, Huel divided his time between Charleston and New York City. He knew every subway, bus, and taxi schedule in the city and loved nothing more than guiding friends and family through the streets of Manhattan. He was inexhaustible touring the city!

Huel had many talents. He was a gifted pianist and possessed the ability to listen to music and replay it perfectly by ear. He entertained many friends and family through his spirit and enthusiasm with his ability to play the piano and organ. Huel loved to travel, and toured extensively through France, Italy, and the United Kingdom. He never met a stranger and could strike up a conversation with anyone he encountered.

Huel, a true Bon Vivant, loved fine food and wine, and was a generous host to friends and family. He enjoyed regaling a table full of guests with stories and with his energetic recollections of travels and memories. He loved reading and learning and was fascinated with literature, poetry and theater (and could quote all extensively!).

Huel’s favorite role in later life was being “Pops” to his granddaughters. He read hundreds of books to them (favorites were The Afternoon Cat, The Alligator Song, and Fox in Socks), and greatly expanded their vocabulary. Huel’s favorite James Island restaurant was La Tabella and he introduced the girls to Shirley Temples, Bread and Olive Oil and Tiramisu on a regular basis. He loved taking them to Grimaldi’s for pizza and it was always a celebration! Huel picked the girls up from school often and spent so much quality time with them, especially in the last year of his life when he became their next door neighbor. Pops will be sorely missed!

A memorial service honoring Huel’s life will be held at St. Stephen’s Episcopal Church in Charleston on Wednesday, March 22, 2017, at 3 PM. A reception will immediately follow. Interment will be at Greenlawn Memorial Park in Columbia, South Carolina, at a later date.
The family asks that memorials be sent to Furman University, 3300 Poinsett Highway, Greenville, SC 29613-6480.

Expressions of sympathy can be submitted or viewed online at www.mcalister-smith.com.