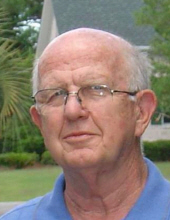 Born on November 21, 1935 in Charleston, Jack was the youngest of three children to the late Joseph Samuel Cantey and Cleo Elizabeth (Purse) Cantey. He was preceded in death by his brother Joseph (Jodie) Cantey Jr. and his sister Cleo (Betty) Cantey.

Jack played football at Bishop England and was team captain his senior season. He graduated from Bishop England High School in 1953, received his Bachelor’s degree from the College of Charleston in 1957 and his Master’s from The Citadel in 1978.

Jack returned to his alma mater as Head Football Coach in 1964, after holding coaching positions in football, basketball and track at Winnsboro, Lake View and Moultrie High Schools. For 50 years, Coach Cantey impacted countless young lives coaching many sports, including wrestling, basketball, and baseball, and serving as a teacher, Assistant Principal and Athletic Director at Bishop England.
His enduring legacy was built leading the Battling Bishops on the gridiron for 30 years, winning 186 games, playing for the Lower-state Championship in 1967 in front of 22,00 fans at Johnson Haygood Stadium and finishing as the State Runner-up in 1976. Coach Cantey was recognized for his excellence as Region Coach of the Year seven times and as Coach of the Year in 1976 by the Touchdown Club of Charleston. He had the honor of serving as head coach for the Shrine Bowl in 1993 and the North/South All-Star Game in 1982 and as assistant coach for the Shrine Bowl in 1980 and North/South Game in 1971. Coach Cantey was inducted into the SC Coaches Hall of Fame in 1999 and the Athletic Administrators Association Hall of Fame in 2018. He was also chosen as one of the Olympic Torch Bearers as it made its way through Charleston on its way to Salt Lake City in 1991. Coach Cantey stepped down as Head Football Coach in 1993 and retired from Bishop England in 1999, but his name remains on the football stadium and wrestling mats at Bishop England High School on Daniel Island.

Jack and Rosemary lived in the same house in Mt. Pleasant for 56 years, where they raised five children and eventually settled into retirement. Jack was a longtime active member of Christ Our King Catholic Church, attending daily Mass and often volunteering with Christmas tree sales. He enjoyed running, especially the old Cooper River Bridge, biking, watching Jeopardy, listening to classical music and traveling. Jack was known for his dry sense of humor, wit, and knack for giving nicknames.

Family and friends are invited to attend his visitation on Sunday, March 1st from 3:00 pm-6:00 pm, with a Vigil Wake Service beginning at 3:00 pm in the Bishop England Gym, 363 Seven Farms Drive, Daniel Island.

The Liturgy of Christian Burial Mass will be held at Christ Our King, Monday, March 2, 2020 at 10:30 am. The burial will follow in Holy Cross Cemetery, James Island.

Expressions of sympathy may be viewed or submitted online at mcalister-smith.com. Funeral arrangements have been entrusted to McALISTER-SMITH FUNERAL & CREMATION, Mt. Pleasant, 1520 Rifle Range Rd., Mt. Pleasant, SC 29464, (843) 884-3833.-3833.
To order memorial trees or send flowers to the family in memory of Jack Cantey, please visit our flower store.

Mass of Christian Burial at Christ Our King