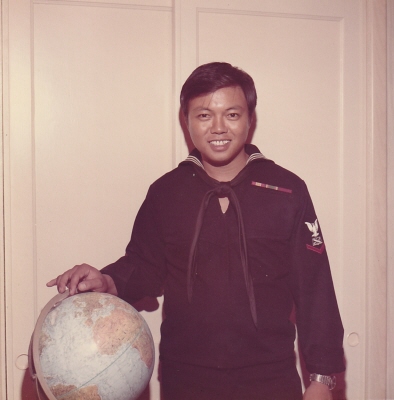 Obituary for Jaime Tapoc
Jaime S. "Jimmy" Tapoc died on Saturday, October 3, 2020 at his home in Goose Creek, SC.
Jimmy was born October 9, 1946 to Gavino Tapoc and Celerina Sanchez Tapoc (both deceased) and was raised in Guimba (province of Nueva Ecija) in the Philippines. He was the youngest of seven children born to the Tapoc family.
After finishing his primary schooling, and at the age of 19, Jimmy decided to join the United States Navy; although it meant leaving his homeland and everyone he had ever known or loved. Jimmy enlisted on July 1st, 1966 at the Naval Station Sangley Point in Cavite City (in the Philippines). From there he embarked to California where he completed his basic training at the Naval Training Center San Diego.
Jimmy served in the US Navy for over 20 years as a Mess Specialist and retired as a Petty Officer 1st class. His years of service let him see the world, with duties taking him to Iceland, Cuba, Guam in the Western Pacific, and multiple deployments in the Atlantic and Mediterranean Seas. During his time as a Sailor, Jimmy was naturalized as an American Citizen in July 1971.
He met his wife, of 47 years, Boneta Burton in July 1969 in Beckley, West Virginia while she was at Medical Technology School and he was stationed in Norfolk, Virginia, making frequent trips to visit and court her. They married in September 1973. Jimmy and Boneta had 2 children, Sarah and Gavin. They lived the last 37 years in Goose Creek, where Jimmy retired from the US Navy in 1987.
After his military retirement from the Navy, Jimmy obtained an Associate degree from Trident Technical College and worked in the Naval Shipyard Charleston until its closure. He completed his civilian work at MBM (Michael Business Machines) and finally retired in 2009.
All through his life he had a great love of bowling, spending many hours at the nearest bowling alley. He made many friends during these years and was described as an "Icon" in the local bowling community. Jimmy was very proud of the 4 times he bowled a "300" game in his life, only giving it up after multiple shoulder surgeries.
Jimmy is survived by his wife, Boneta; two children: Sarah Tapoc and Gavin Tapoc (Jennifer); two brothers Modesto Tapoc (Tessie), Gavino Tapoc (Sol); one sister Victoria Tapoc Legaspi and 2 grandchildren.
He was preceded in death by his parents, Gavino and Celerina Tapoc; and his siblings, Erlinda, Laura and Ruben.
The viewing will be held Wednesday, October 7, 2020 from 6:00 pm to 8:00 pm at McAlister-Smith Funeral Home in Goose Creek. Funeral services will be held on Thursday, October 8, 2020 at All Saints Chapel on the Naval Weapons Station in Goose Creek at 1:30 pm. The interment follows the service at 3:00pm at Carolina Memorial Gardens on Rivers Avenue in North Charleston.
To order memorial trees or send flowers to the family in memory of Jaime Sanchez Tapoc, please visit our flower store.