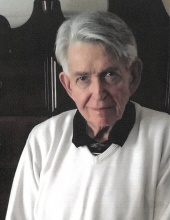 James “Ed” Edward Perkins, 81, of Charleston, SC, passed away peacefully in his sleep at home in the presence of his wife and son Shane on Tuesday, August 13, 2019.

He was born on January 19, 1938 in Calhoun, TN, son of Frankie Shamblin Perkins and James David Perkins.

Ed graduated from Middle Tennessee State University in 1960. From 1960 to 1991, he was a manager at Gillette, Proctor & Gamble, IBM, Xerox Corporation and ADS Systems. From 1991 to the present, Ed was a successful Realtor on The Isle of Palms, SC. He was an Elder in Sunrise Presbyterian Church on Sullivan's Island, SC during the late 80's and early 90's. He enjoyed golf, reading the bible, traveling and going to Seacoast Church. His family will remember him as loving, witty and dedicated. He was always helping people in need.

Funeral services will be private.

In lieu of flowers, memorial contributions may be made to Seacoast Church, 750 Long Point Road, Mt. Pleasant, SC 29464.