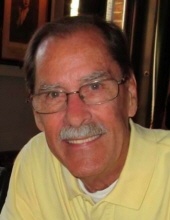 Born on August 8, 1943 in Augusta, GA, Michael was a son of the late Charles Wilcox Westerfield, MD and Emily Westerfield.

Michael was a graduate of Georgia Military College and Georgia Southern University. He began his career in Southeastern Maritime in Savannah, GA. He continued his career at Strachan Shipping, then joined the South Carolina Ports Authority, where he retired as the General Manager of Cargo Sales in 2009, with over 40 years experience in the shipping industry.

He was preceded in death by his parents and brother, Charles W Westerfield.

The burial will be held privately at a later date.

In lieu of flowers, memorial contributions in Michael`s memory may be sent to East Cooper Community Outreach.

Expressions of sympathy may be viewed or submitted online at www.Mcalister-Smith.com.