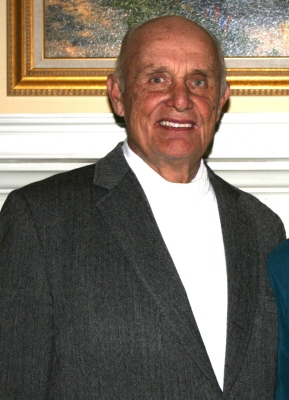 On May 26, 2020, about the time the sun was setting, James Richard Madory, lately of Summerville, SC, found rest and eternal peace and a release from all of his suffering. He was a man of great faith who will be welcomed into the arms of God by his wife of fifty-four years, Karen and his sons Joseph and Michael. He will be greatly missed by his children, Jim, Becky, Lynn Anne, Bill, Scott, Trixie, Elizabeth, and Travis, and his grandchildren, Ella Rose, Drake, Xander, Rachael, Lila, Ruby Skye, Jimmy, and Andrew.

Born on June 11, 1940 on the then country borough of Staten Island, NY to the late Eugene and Agnes Madory, Jim developed a reputation for good humored mischief. He married his high school sweetheart and began a family. A career in the United States Air Force took him as far away as Vietnam, all across the country, and led him down the path to a second career as a hospital administrator.

His heart always led him to service. He toiled to better his community, finding particular joy in helping young people. He was dedicated to both the Boys and Girls Club and the Boy Scouts of America. He was a civic minded patriot and proud Republican who worked for what he honestly believed was best for all. He strove always to help his church, and his faith was ever foremost in his decisions.

He was a loving son, brother, husband, father, and grandfather. He was a troublemaker, and yet infinitely kind. Above all else, he was a good man with a heart of gold. It is a poorer world for his absence, but paradise is brighter and better since he has come home.

A private family Mass of Christian Burial will be held at St. Mary's Catholic Church, Yonges Island, SC. You are welcome to join the family for the burial, which will take place at 3:00 PM on Friday, May 29, 2020 at Hillcrest Cemetery in Conway, SC.

In lieu of flowers, memorial contributions may be made to Pet Helpers, 1447 Folly Road, Charleston, SC 29412.

Expressions of sympathy may be viewed or submitted online at https://www.mcalister-smith.com/.
Funeral arrangements have been entrusted to McALISTER-SMITH FUNERAL & CREMATION, Goose Creek, 869 St. James Ave., Goose Creek, SC 29445, (843) 553-1511.
To order memorial trees or send flowers to the family in memory of James Richard Madory, please visit our flower store.