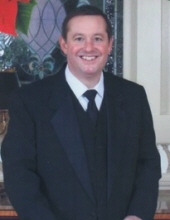 He began his career in hospitality at a country club in Tampa and worked his way up to General Manager of several country clubs across the southeast. He was a member of Club Manager’s Association of America (CMAA) and Club Corporation of America (CCA). He was the General Manager of The Piedmont Club in Spartanburg, SC for 15 years. He then moved his family to Charleston, SC where he was the GM for the Country Club of Charleston. Ron’s integrity, vision and guidance in his leadership style led to the unparalleled success of every club he was a part of. He was a mentor to many. His latest accomplishments include hosting two major golf tournaments, the 2013 USGA Women’s Amateur Championship and the upcoming 2019 USGA Women’s Open Championship at the Country Club of Charleston. Outside of work, he enjoyed being outdoors, sports, and spending time with family.

He is predeceased by daughter, Kylie; step-brothers, Terry Stall and Doug Herndon; step-father, Tom Stall; and grandparents: Edward and Jewell Streck, and James and Mary Gillette.

Memorial contributions may be made to the Kylie Erin Gillette Scholarship Fund @ coastalcommunityfoundation.org.