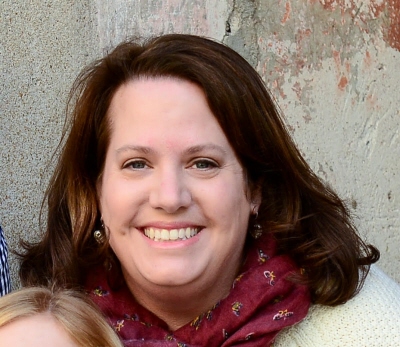 Janelle Marie Allin, 45, of Mount Pleasant, SC passed away in the early morning of Thursday, September 3rd , 2020, after a brief but sudden illness. Her husband, Johnathan Allin, and her sister, Jennifer Smith, were at her bedside and holding her hands, as she passed away peacefully.

Janelle was a mother, wife, friend, daughter, and sister; and was truly loved by all. She had a genuine passion for being a mother, a good friend, and a kind soul. With her infectious smile, she was very active in her children's lives, supporting many of the academics and extracurricular activities her children participated in. She was active in the Jennie Moore Elementary Parent Teachers Association and additional support to Laing Middle School and Wando High School. She was always willing to help, offer support to the teachers, coaches, parents and their children. She also volunteered in various capacities for school events, South Carolina Swim Club, Hamlin Plantation, and volleyball.

Janelle was born July 14th, 1975, in La Plata, Maryland. She was a 1993 graduate of Maurice J. McDonough High School in Pomfret, Maryland. She attended the University of South Carolina and quickly became a lifelong Gamecock fan. It was at South Carolina where she met her future husband on the first day of classes their freshmen year.

Janelle was a member of the Epsilon Kappa Chapter of Kappa Kappa Gamma at South Carolina and graduated with a Bachelor of Science in Marine Science and a minor in Biology 1998. Upon graduation, she returned to the Washington, D.C. area and supported the Department of Navy Industrial base. Johnathan and Janelle married on July 20th, 2002 in Annapolis, MD, where they resided until 2004. They relocated to Mount Pleasant, SC in 2004 where they began to raise their family.

Janelle was an avid beach goer and a regular on the Isle of Palms on summer weekends. She loved spending time at the ocean and watching her children surf and play, all while having a cup of coffee with her toes in the water. Fall trips to the mountains to hike trails and waterfalls were equally celebrated. Watching the Gamecocks, especially the Gamecock Ladies Basketball team, was how she spent her time, while visiting friends in Columbia. Watching her children grow up, and her friend's children - either through early preschool, elementary school, swim team, or volleyball; filled her days with happiness. She lived a blessed life.