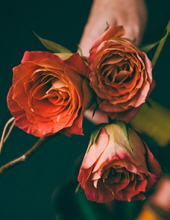 Janet Juanita Lundgren, of Seabrook, SC, passed away on December 23, 2019.

She was born on March 14, 1933, in Chicago, IL. She was the daughter of Oscelo Fillmore and Olive Wiegand Fillmore.

She attended Taft High School and graduated from Northern Illinois University. She started her teaching career at Durand High School. Then she went to Harlem High School where she taught for 44 years. She finished her career as Dean of Students.

She lived in Loves Park, IL until moving to Seabrook SC with her husband as a permanent resident in 2012. She enjoyed sports, especially watching football on TV. Her favorite team was The Green Bay Packers. She also enjoyed golfing where she often played at Mauh Nah Tee See Country Club.

She is preceded in death by her sister, Ramona.

Janet is survived by her husband of 48 years, Roger Lundgren; her older brother, Don Fillmore; two nieces and a nephew.