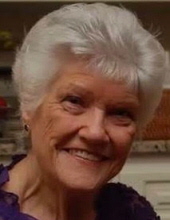 Shortly after earning her degree in nursing at the University of Michigan, Jeanne was commissioned as an Ensign in the United States Navy Reserve, proudly serving her country during World War II. Love and marriage soon led to a new and welcome role, where she devoted herself wholeheartedly as a wife and mother. At the age of 50, she returned to her nursing career in Charleston, training student nurses and caring for patients at Roper St. Francis Hospitals until retirement.

Jeanne was a charter member and active participant at Seacoast Church in Mt. Pleasant, where she grew in her Christian faith and served generously. Family, faith, and laughter were always her priorities, eager to engage with her local folks and planning trips to visit faraway relatives and friends whenever possible.


The family is especially grateful for the inspiring, tenderhearted caregivers and service providers who went the extra mile, helping us to love our GG in very special ways.

A memorial service for Jeanne will be held at 10:00 AM on Thursday, June 20, 2019, at Seacoast Church, 750 Long Point Rd, Mt. Pleasant. In lieu of flowers, contributions may be made to Seacoast Church.

Arrangements have been entrusted to McAlister-Smith Funeral Home, Mount Pleasant, SC 29464, (843) 884-3833.
To order memorial trees or send flowers to the family in memory of Jeanne Davis Gay, please visit our flower store.