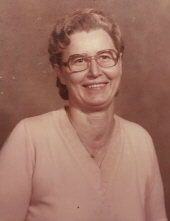 Born on July 16, 1936 in Middleton, Nova Scotia, Canada.  Joan was a daughter of the late, William J. Davies and Viola Vivian Davies.
Joan accomplished many things during her lifetime, most notable was her devotion to family and her volunteer work with AARP.  She enjoyed life to the fullest, especially fishing, cooking and absolutely loved playing pool and bingo.